An appreciative and large audience enjoyed this concert featuring five cellists of the group Cornwall Cello Voices who played an entertaining rich and varied programme of music for cello ensemble and various combinations among them.

The band is made up from among the professional cellists in Cornwall who come together each year for a week's residential ensemble playing in January and this concert was one of three they gave following the "workout".

This annual event was set up by Liz Brazier (among the evening's performers not only on cello but also on piano) and is now led by Barbara Degener - whose has a teaching practice in north Cornwall.

The concert started with music of two of the great composers of the 17th century, Giovanni Gabrieli, whose sonorous Canzona Seconda warmed the eaves of the Memorial Hall with wonderful counterpoint and glorious sound;  and  Henry Purcell, whose Fantasia no 3, in a subtle arrangement for the instruments sounded as if it had been scored for 5 cellists originally.   Ben Hoadley introducing the piece, reminded the audience of  Purcell's somewhat precarious lifestyle and early death, not detracting from the justified claim he is probably England's greatest ever composer.

Barbara Degener then gave a performance of three movements of the G Major Solo Cello Suite by Johann Sebastian Bach - the incomparable Prelude has she thinks been the fount of such  hope and  optimism for those who lean on this music for meditation in the recent pandemic.  A beautiful and agile performance.

Other notable pieces were the celebrated three cello Requiem op 66 by David Popper - one of the great cellists of the 19th century and whose oeuvre for cellos is a large treasury of cello repertoire much loved (and, dare I say, feared) by cellists for its technical demands as it  sometimes requires from cello virtuoso performers.

It is a salutary reminder of just what giants of the cello have preceded us. This performance of the Requiem by Barbara Degener, Tim Platt and Susanna Campbell was delivered with serenity beauty and wonderfully accompanied on the society's piano by Liz Brazier who dedicated the performance to all those whose loss we feel from the past two years' pandemic outbreak.

The programme also included a lot of fun though!  With a zippy and atmospheric series of arrangements of the wonderful music of Bizet's Carmen..... particularly memorable the interlude around the Lilias Pastias Cafe near Seville.  Four American folksong arrangements including Aaron Copland's  by Wendy Bissinger.

There was also a decidedly Latino flavour to the programme with a wonderful tango by the Argentine Angel Villoldo who was one of the pioneers of the Tango.  He was a guitarist and harmonica player who played in bars and other dives in Buenos Aires.

He created a modern method for learning the guitar which he published and then, as a composer, he published Cantos Ciollos (folk songs).  As a result of his touring with a band to France, the music was some of the earliest recorded and the Tango began to circulate in European-made recordings back in Argentina.

Here they played his work "El Cachoritto" an arrangement commissioned by the Argentine Cello Community in Spain.   The concert concluded with sizzling performances of Gershwin's "I Got Rhythm" and Astor Piazolla's sycopated masterpiece Libertango

Further details of the Cornwall Cello Community can be found on Facebook @CornwallCelloCommunity.
Barbara invited any aspiring or beginner cellist to talk to any of the members of the band about starting to learn the cello. Her own experience included a starter player who began the cello at 79 years old.  So it is a pursuit for all.

The next concert takes place on 11th March and is a recital on the Theorbo by Dutch lutenist Fred Jacobs.

Review copyright Tim Smithies 2022.
You can find more on Music In Cornwall

It's not often you get to hear a composer talk about his or her music with such clarity and sincerity as Roseland Music Society heard from Graham Fitkin in their first music event since lockdown, on Saturday 9th October.   This was a rocket fuelled launch to a season of 8 Concerts the Society has lined up until July 2022.

An increasingly engrossed audience  experienced a huge range of creative ideas performed with illustrations from the piano,  recordings of concert work (from the Proms, Tokyo, the USA) featuring unusual combinations of instruments introducing new sound worlds e.g. for three marimbas,  sampled music with vibraphone, but also full symphony orchestras and memorably a cello concerto (for YoYo Ma) inspired by one note…B flat.

After a rapid trot through his Cornish musical education (his mother taught piano in West Penwith and he is fulsome about the variety and scope of  musicmaking opportunities available to him when young in Cornwall):  he began dabbling in piano, violin (set aside), clarinet and percussion,  leading to studying composition at Nottingham University and subsequently at The Hague with Louis Andriessen…..A common denominator which Graham explained began to shape his own musical identity as composer,  was employing formal mathematical  and rhythmical structures, stripped down economy of expression, layering of with Stravinsky and minimalists like Steve Reich as critical influences.

At that point the audience  had a live performance by Graham and his partner Ruth Wall (happily on hand) in Steve Reich’s classic Clapping Music (1972).   We were stunned and clapped too (albeit not quite so rhythmically)..

A lively Q&A session then took place with the audience keen to know more about the realities of being a composer.

The talk ended with Graham’s account of the development of his latest commission, (from Cornwall’s  Three Spires Singers) to be performed in Truro Cathedral on 20th November…with narrator Sam West, multiple choirs ……and the title “Humphry Davy…the Age of Aspiration”.   The Cornish engineer’s self-experiments with hazardous gases and  breathing apparatus and experimentation was Graham’s  starting point . . . . . . .

Now posting after that premiere, a superb cast including Countertenor Rory McCleery, narrator Samuel West, - the Three Spires Singers who are to be congratulated for such a bold commission for their 40th Anniversary with young people’s choir Cornwall County Choirs, directed by Angela Renshaw, were all conducted by Christopher Gray, Three Spires Music Director in a spell-binding performance of the new work with "inspiration” as its motif. 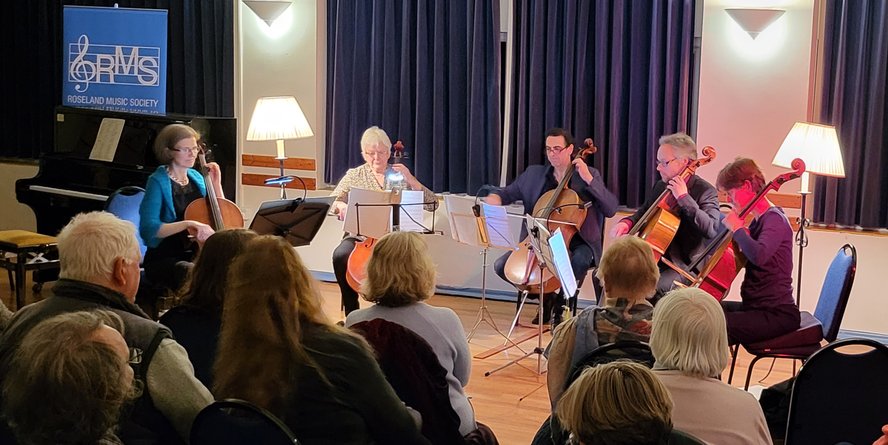